Back to the Future

Since we last spoke, I did something like this:

Settle down. I was only spectating while NOD's (for the uninitiated, that's Number One Daughter's) boyfriend ran under someone else's number. Out of 20,000 runners he came in 3200, bringing it home in 1:20.

Going to this race a spectator brought it all back for me. I was kind of bummed out just to be watching. I vividly remembered my two tries at this race—and it made me nostalgic!

Although, it was once again was confirmed for me that spectating is not for the weak.

Cuz it turns out that when you ride a bike downhill? It makes everything colder! 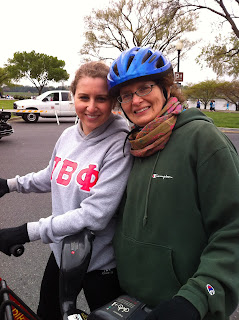 Number One Daughter, and moi --both cold. Very very cold! 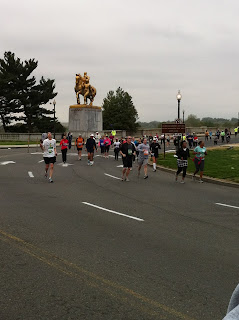 I never thought I'd utter these words, but it's true: I miss running!
Posted by jeanne at 9:34 PM 6 comments: